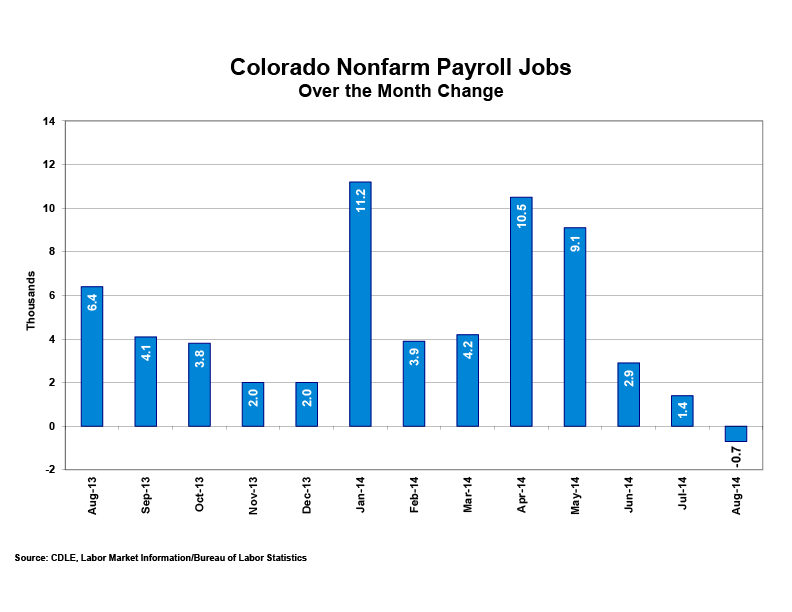 Over the year, the average workweek for all employees on private nonfarm payrolls decreased from 34.9 to 34.6 hours and average hourly earnings increased from $25.51 to $26.02.

The September 2014 Colorado Employment Situation will be released on Tuesday, October 21, 2014. The full schedule of release dates for calendar year 2014 estimates is available at https://www.colmigateway.com.