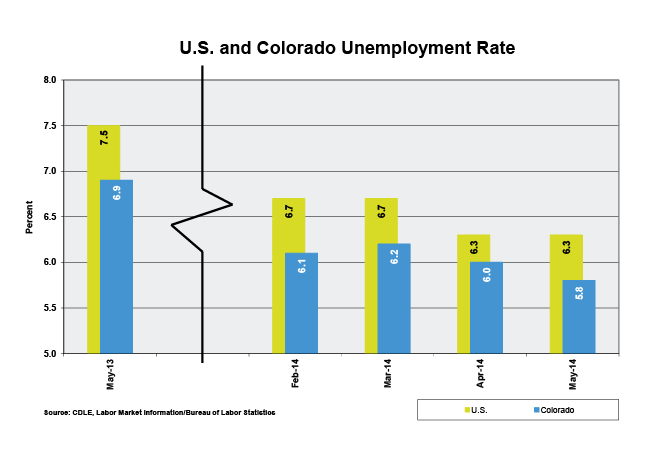 Over the year, the average workweek for all employees on private nonfarm payrolls decreased from 34.6 to 34.1 hours and average hourly earnings increased from $25.47 to $26.28.

The largest over the month private sector job gains were in construction, professional and business services, and leisure and hospitality. There were no significant over the month declines.

The June 2014 Colorado Employment Situation will be released on Friday, July 18, 2014. The full schedule of release dates for calendar year 2014 estimates is available at https://www.colmigateway.com.