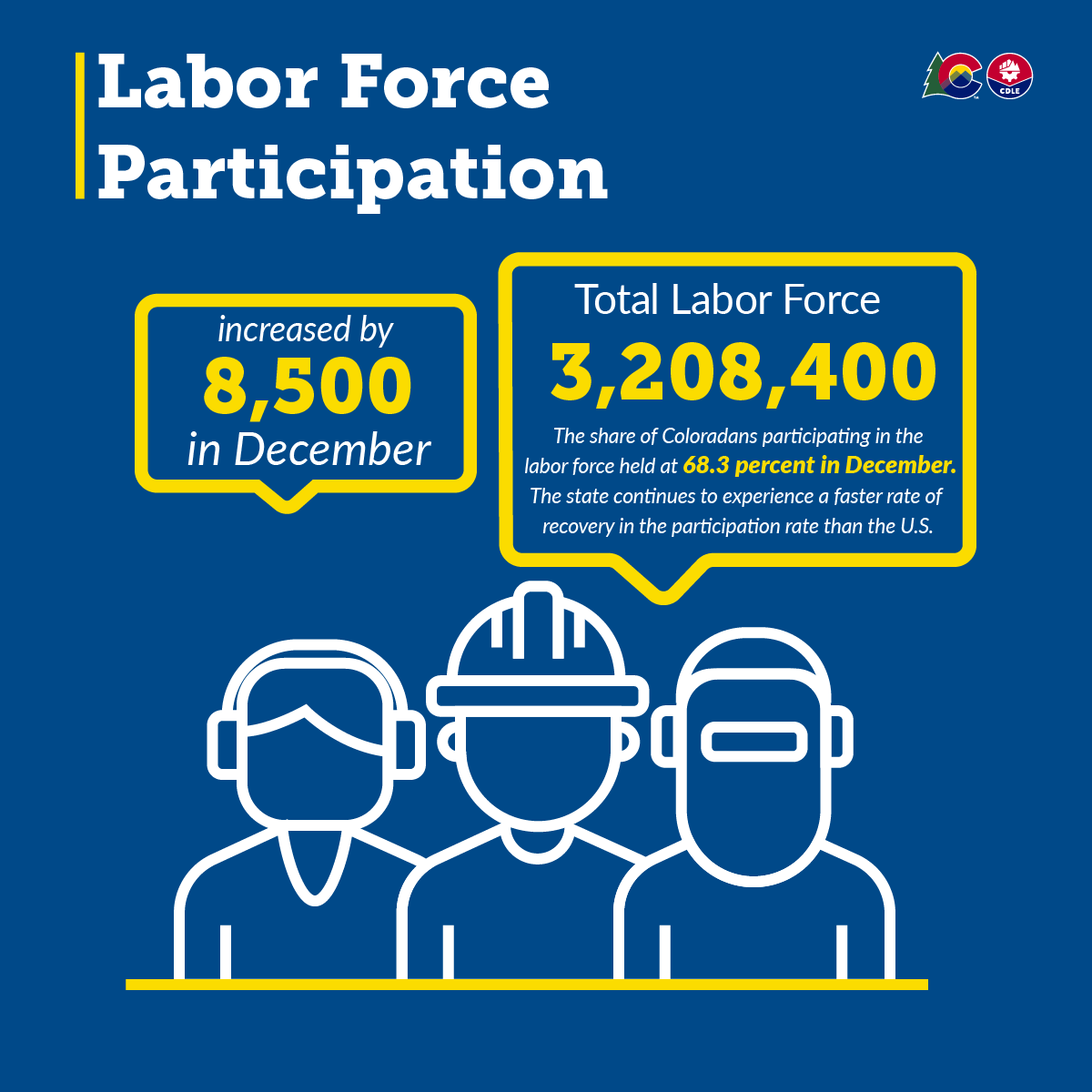 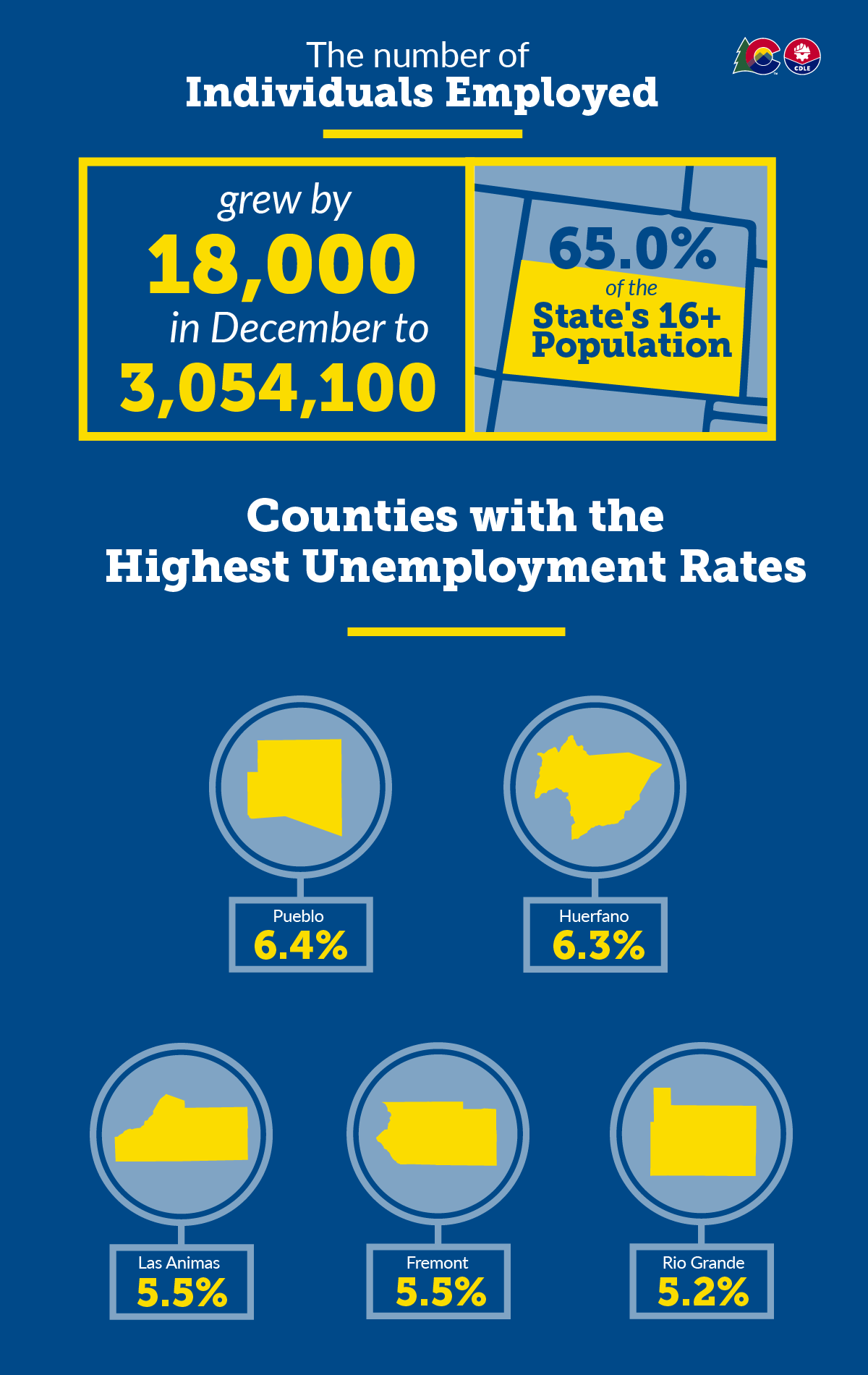 Employers in Colorado added 9,000 nonfarm payroll jobs from November to December for a total of 2,778,700 jobs, according to the survey of business establishments. Private sector payroll jobs increased 7,900 and government added 1,100 jobs. Over the past 20 months, Colorado has gained back 335,500 of the 375,800 nonfarm payroll jobs lost between February and April of 2020. That translates to a job recovery rate of 89.3 percent, which exceeds the U.S. rate of 84.0 percent.

The January 2022 Colorado Employment Situation will be released at 8:00 AM on Monday, March 14, 2022. Revised statewide estimates for 2021 and 2020 and some updated local information will also be released. The full schedule of release dates for calendar year 2022 estimates is available at http://www.colmigateway.com.

This release provides information on industry employment and labor force statistics for December 2021, the most current estimates available from the Colorado Department of Labor and Employment. The reference period for the establishment survey was the pay period that includes the 12th of the month. While the household survey’s reference period typically covers the week that includes the 12th of the month, that shifted to the week that includes the 5th of the month for December. For more information on these infrequent reference week shifts, go to https://www.bls.gov/cps/definitions.htm#refweek. Therefore, this release provides an estimate of Colorado’s employment situation as vaccination rates among the adult population continued to increase and pandemic-related restrictions were relaxed for businesses across the state. Additionally, the December reference weeks overlap a period prior to the spike in COVID-19 case rates for Colorado and the nation due to the emergence of the Omicron variant. For information on Colorado unemployment insurance claims activity and related statistics, visit www.colmigateway.com. For information regarding impacts to Bureau of Labor Statistics data collection and processing during the pandemic, go to https://www.bls.gov/covid19/home.htm.