According to the survey of households, Colorado’s seasonally adjusted unemployment rate fell one-tenth of a percentage point in June to 3.4 percent. This marks the lowest rate since February 2020, when it was 2.8 percent. The national unemployment rate was 3.6 percent in June, unchanged from the prior three months. 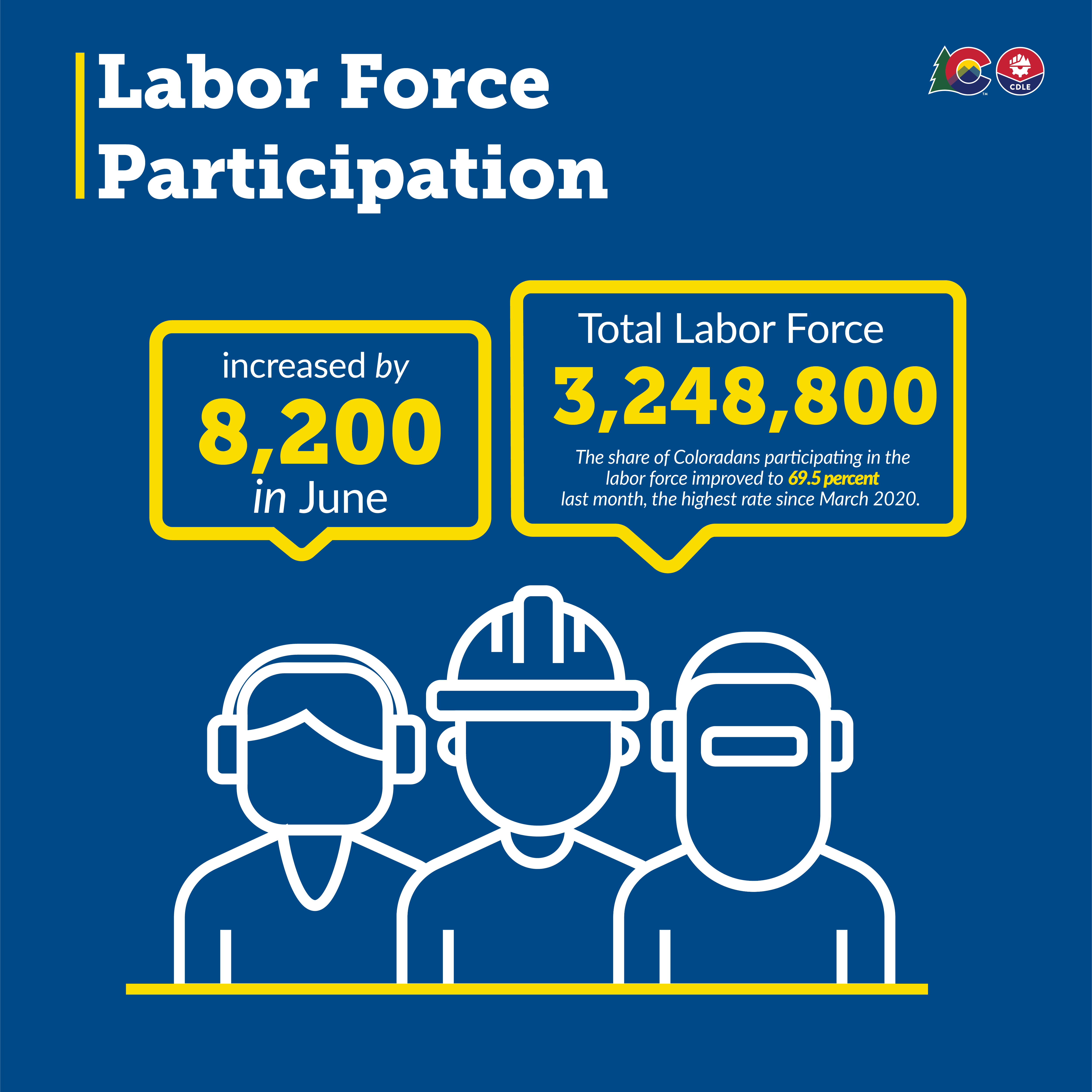 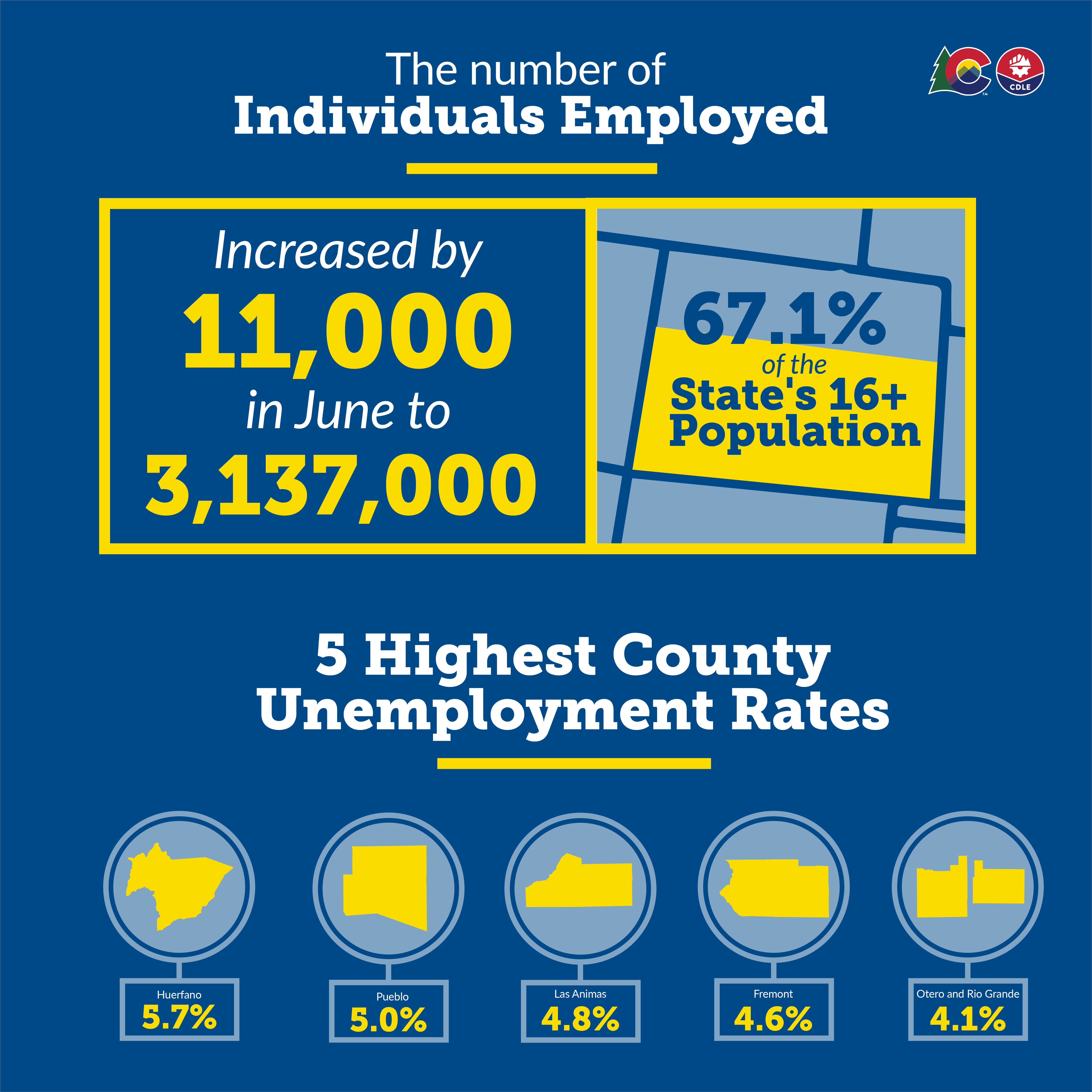 Employers in Colorado added 4,500 nonfarm payroll jobs from May to June for a total of 2,857,400 jobs, according to the survey of business establishments. Private sector payroll jobs increased 2,400 and government added 2,100 jobs. Over the past 26 months, Colorado has added 412,300 nonfarm payroll jobs, compared to losses totaling 374,500 in March and April 2020. That translates to a job recovery rate of 110.1 percent, which exceeds the U.S. rate of 97.6 percent.

We are currently experiencing an issue with our website, www.colmigateway.com. Availability of revised estimates for May 2022 and preliminary estimates for June 2022 may be delayed. Please visit our Federal partner, the Bureau of Labor Statistics, for the most recent data available.

The July 2022 Colorado Employment Situation will be released at 8:00 AM on Friday, August 19, 2022.The full schedule of release dates for calendar year 2022 estimates is available at www.colmigateway.com.

This release provides information on industry employment and labor force statistics for June 2022, the most current estimates available from the Colorado Department of Labor and Employment. The reference period for the establishment and household surveys was the pay period or week that includes the 12th of the month.