According to the survey of households, Colorado’s seasonally adjusted unemployment rate was unchanged in October at 6.4 percent. The national unemployment rate declined one percentage point from September to 6.9 percent. 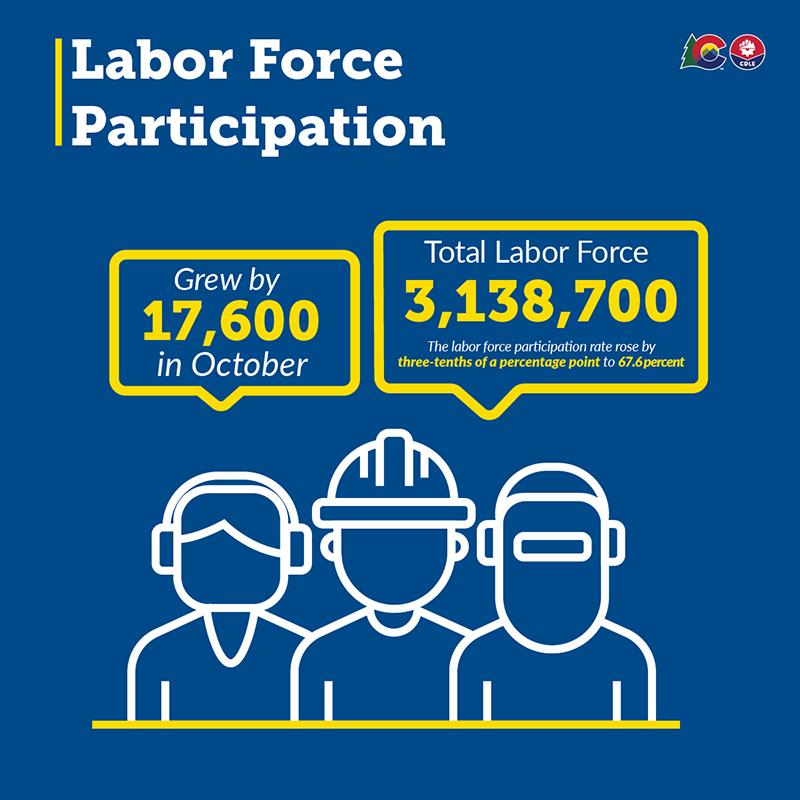 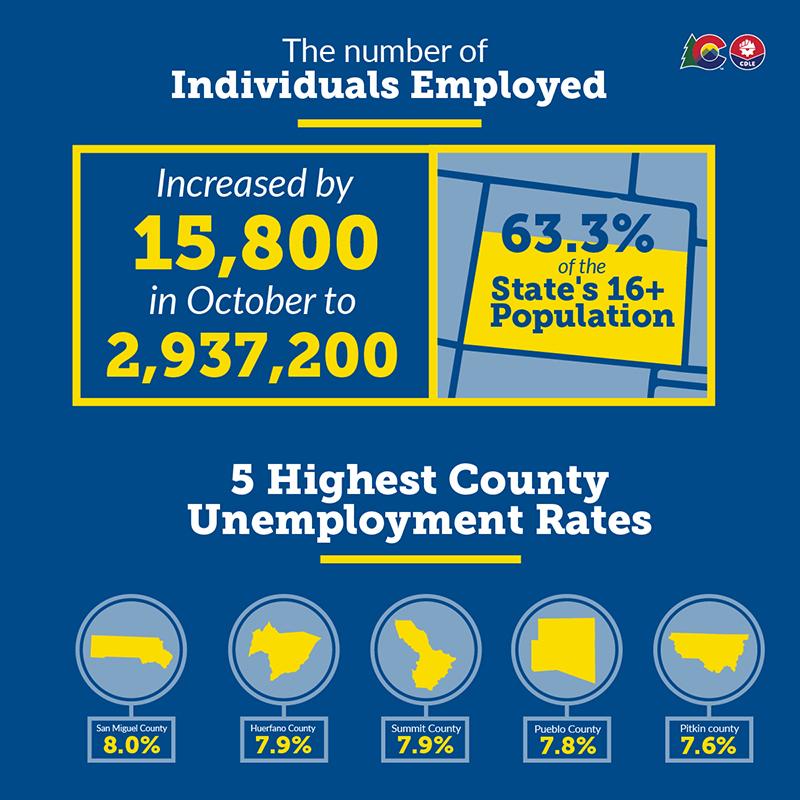 Employers in Colorado added 21,100 nonfarm payroll jobs from September to October for a total of 2,688,100 jobs, according to the survey of business establishments. Private sector payroll jobs increased by 22,000. Government shed 900 jobs in October, with the majority of those losses attributable to the end of the 2020 Census campaign and related temporary jobs. Since May, Colorado has gained back 217,000 of the 342,300 nonfarm payroll jobs lost between February and April. That translates to a job recovery rate of 63.4 percent, which exceeds the U.S. rate of 54.5 percent.

The November 2020 Colorado Employment Situation will be released at 8:00 AM on Friday, December 18, 2020. The full schedule of release dates for calendar year 2020 estimates is available at http://www.colmigateway.com.

This release provides information on industry employment and labor force statistics for October 2020, the most current estimates available from the Colorado Department of Labor and Employment. The  reference period for the establishment and household surveys was the pay period or week that includes the 12th of the month. Therefore, this release provides an estimate of Colorado’s employment situation during a continuation of the Governor’s Safer at Home order, which resulted in a return to work for more Coloradans. For Colorado unemployment insurance claims activity and related statistics, visit www.colmigateway.com. For information regarding impacts to Bureau of Labor Statistics data collection and processing during the pandemic, go to www.bls.gov/bls/bls-covid-19-questions-andanswers.htm.

Press Release: Deadline Is Feb. 2 For Those Affected By Marshall Fire To Apply For Disaster Unemployment Assistance

To address the high unemployment rate for workers with disabilities and the increased demand for skilled workers by employers, the Colorado Department of Labor and Employment’s (CDLE) Division of…
Read More
Press Releases