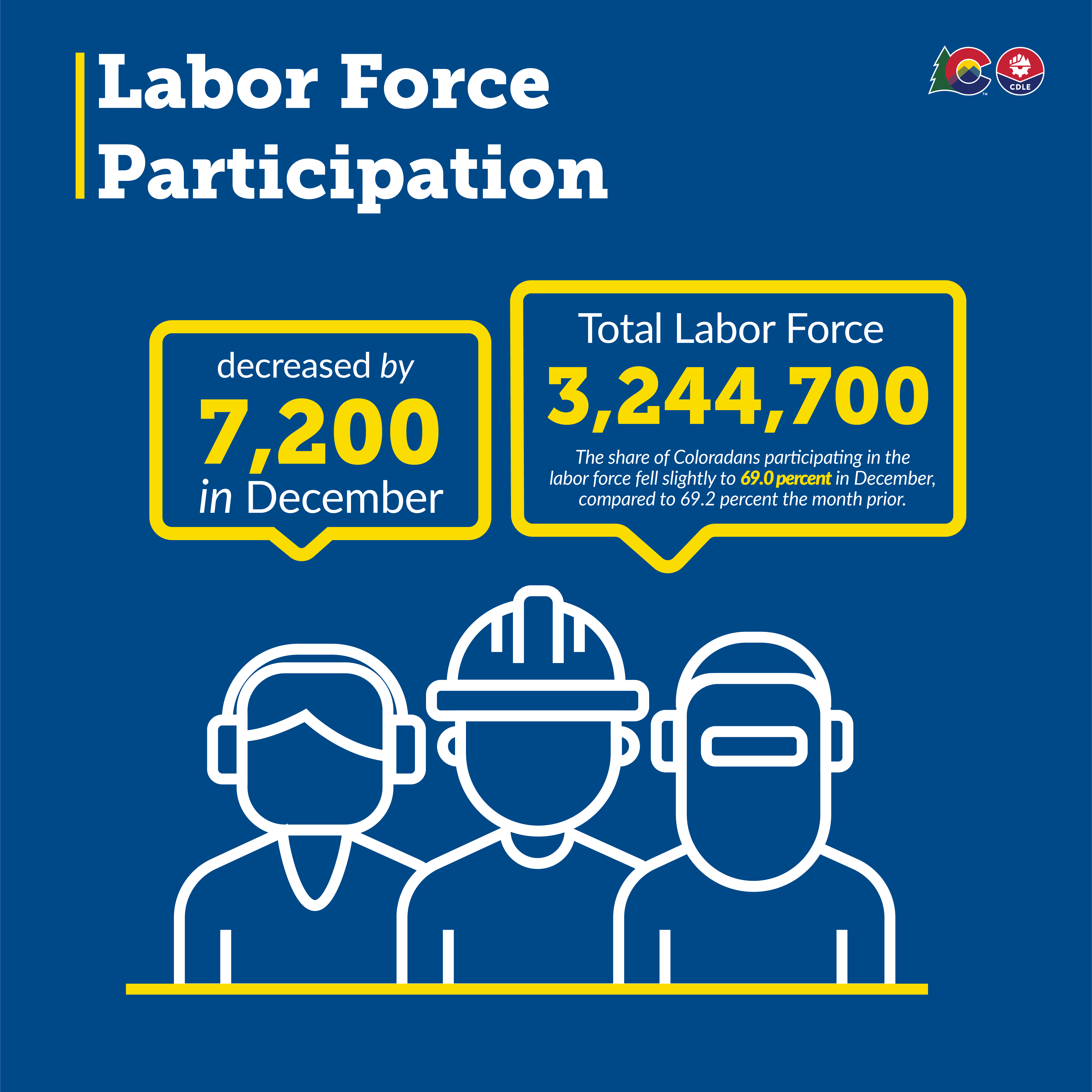 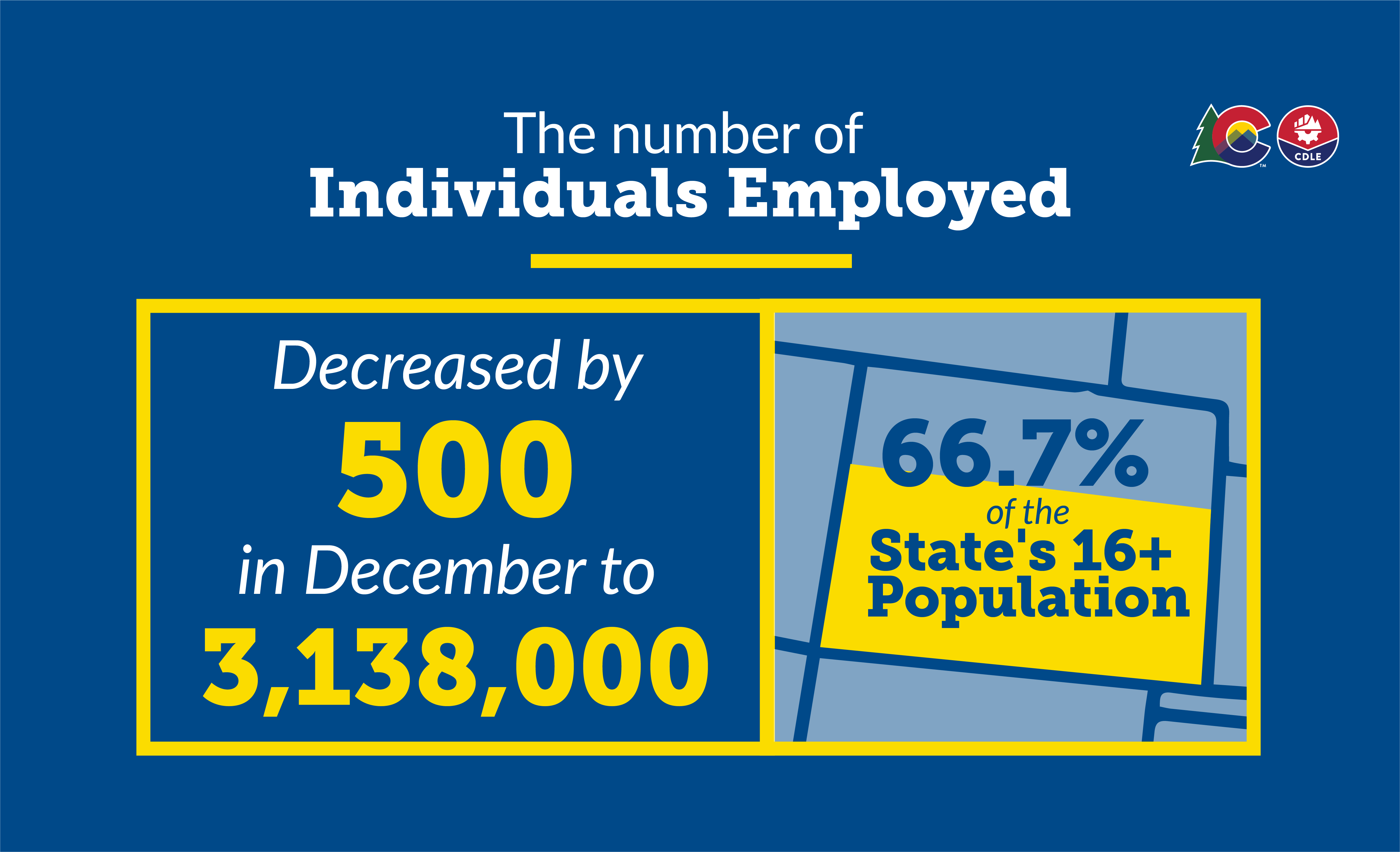 Employers in Colorado added 8,600 nonfarm payroll jobs from November to December for a total of 2,911,500 jobs, according to the survey of business establishments. Private sector payroll jobs increased 8,000 and government added 600 jobs. Over the past 32 months, Colorado has added 466,400 nonfarm payroll jobs, compared to losses totaling 374,500 in March and April 2020. That translates to a job recovery rate of 124.5 percent, which exceeds the U.S. rate of 105.6 percent.

The January 2023 Colorado Employment Situation will be released at 8:00 AM on Monday, March 13, 2023. Revised statewide estimates for 2022 and 2021 and some updated local information will also be released. The full schedule of release dates for calendar year 2023 estimates is available at www.colmigateway.com.